These paintings by Donegal artist/musician Seoirse Ó Dochartaigh are a direct response to lines from poems by Kathryn Daily. The American-born poet has been living in Letterkenny since 2001. Ó Dochartaigh writes:

“As I read through Kathryn first collection, The Comfort of a Wicked Past – and also through reams of her, as yet, unpublished poems – I was struck by the number of beautiful lines I found perfectly describing the Donegal landscape. But they are not, in essence, nature poems.  Kathryn will tell you this in no uncertain terms. Yet, she has captured something remarkable here in these lines that reminds me a lot of what early Gaelic poets used to celebrate. (Some of these exquisite early poems were sometimes found scribbled in the margins of religious manuscripts.) And what was the nature of this celebration? It was the simple joy of experiencing, say, a beautiful landscape on a bright, sunny, spring morning… And not just the big picture of that landscape but the natural world in microcosm: fuchsia, meadowsweet, montbretia, spilling out of the hedge-rows…light filtering through clusters of wild, untamed foliage…etc.  Kathryn Daily’s poems, for me, embody the same spirit of early Gaelic literature: this is what is sometimes called the “delighted eye” of Ireland!”

The exhibition was  hosted in 2011 by Coláiste Feirste , a second-level Irish-Language school in Belfast, as part of the “ Féile Gaeilge le Bród” annual festival. 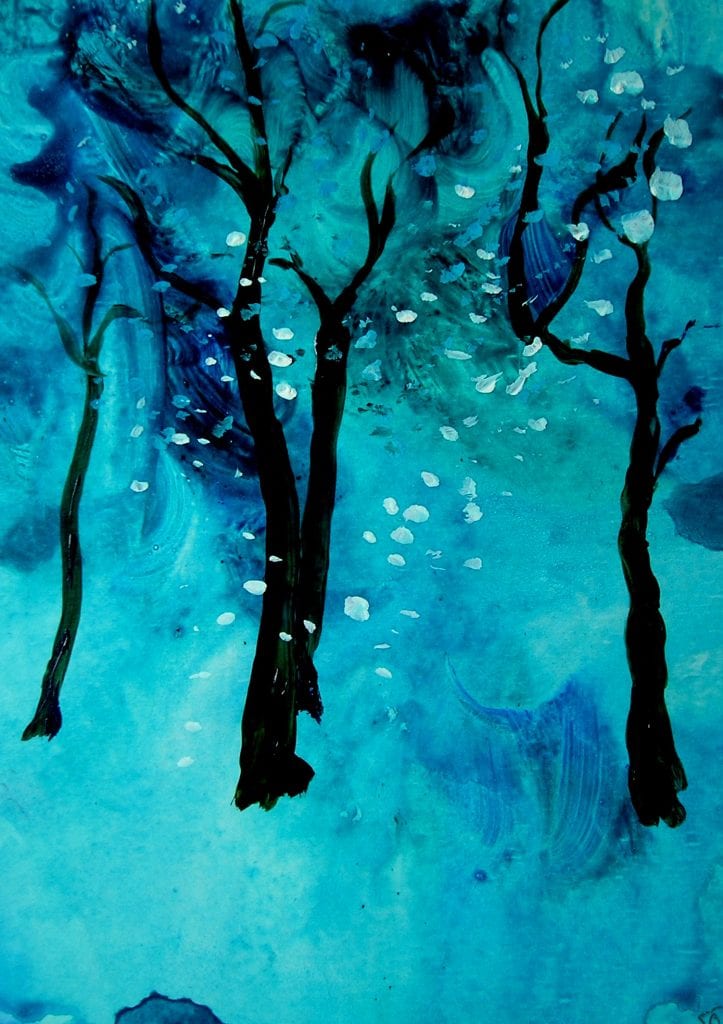 i strained to hear the glimmer of gold in purple twilight the blues of distant mountains a rainbow of blossom implode into heartbeats of light