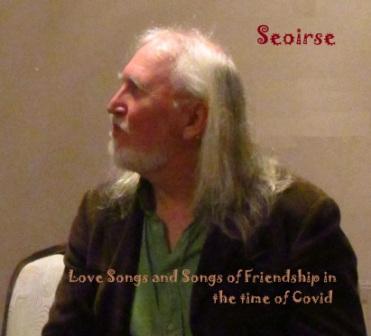 Love Songs & Songs of Friendship in the Time of Covid

“I play an Alvaro Spanish-made nylon-stringed guitar and compose link pieces that intricately intertwine with the songs aiming always for warmth and careful pacing.

I try to present music-making as a passionate dance between voice, fingers and strings. When I sing the old songs of Inishowen, and tell her stories, I endeavour to carry the listener with me, magically and gently, note over note, evoking the past and re-living the thoughts and feelings of our ancestors. I sense a rich stillness in these re-tellings, like the stillness often found in the depths of a hidden mountain lake…”

Seoirse’s speciality is Gaelic song, poetry & story prefaced by synopses and translations in English if required. The songs are rendered simply through the pure acoustic essentials of voice and nylon-stringed guitar, the accompaniment aimed at sounding harp-like at times.

Seoirse learned most of his songs and stories in Rann na Feirste in the West Donegal Gaeltacht while teaching in Coláiste Bhríde. He won several music prizes over the years, including the Ulster Fleadh (1st in Singing in Irish in 1975) as well as numerous Oireachtas prizes for arrangements. However, he didn’t return to competitive singing until 2013 when he won 1st prize at the Pan Celtic Festival in Carlow and went on to represent Ireland later that year. He has recorded seven studio albums of songs, stories and instrumental solos and has archived hundreds of other pieces most of which are available to the public through his web-site. Since his move to Inishowen in 2008 he has accumulated a number of local songs and stories dating from Inishowen’s Irish-speaking past and has even set some of the legends to music.

“…we are transported across time and borders by a fluid style which seamlessly and coherently interweaves classical, Gaelic and American folk elements.  In Seoirse’s skilled hands, music and stories resonate with a fresh and tender intimacy… the delicate yet vibrant presence of a private performance by a warm hearth…” Kathryn Daily

“Wow!!! a cover of “Windmills of the Mind”, which is surprisingly effective as Seoirse (pronounced SHOR-sha) manages to infuse some classic folk moves with creative interpretations. I generally sense a vibe similar to that of Tír na nÓg and at times Magna Carta, with plenty of individuality here. And there are some adventurous arrangements in some songs, which is helpful as there are a lot of covers here… Leonard Cohen, Bob Dylan, Bob Seger, etc. This is a double LP on one CD with eighteen songs and there are several traditionally arranged classics as well… Like Tír na nÓg, there is an Irish feeling here that does not dominate the songs but stays in the mix…”  David Hintz

Seoirse’s music is available on CD in the Shop Four live concerts, three of these originally issued on cassette, are now available as MP3 Downloads at www.threadsofsound.net “This live concert is superbly recorded, incisive and full-bodied. Here are unusual performances of Irish songs in which virtuosity goes with a sense of spontaneity. The rhythms in the fast songs (and its nearly all fast songs here) are freely and infectiously sprung to bring out high spirit and individuality. The sound is bright and clear too, giving extra bite to the performances. Damien Quinn accompanies Seoirse sensitively, when required, and vigorously with off-beat rhythms sharply pressed home. The playing and singing are exhilarating and full of many unexpected changes of tempo, but expertly controlled. The thrust of the bodhrán passages in the opening song possesses a lively wit that never once looses impetus. Seoirse’s colourful, winning performances are totally idiomatic, bringing out point and spark in every track with great warmth and naturalness of voice and exciting guitar bravura throughout.”  – Oisín Ó Gallchóir

The fourth was only released as recent as 2015 on CD: 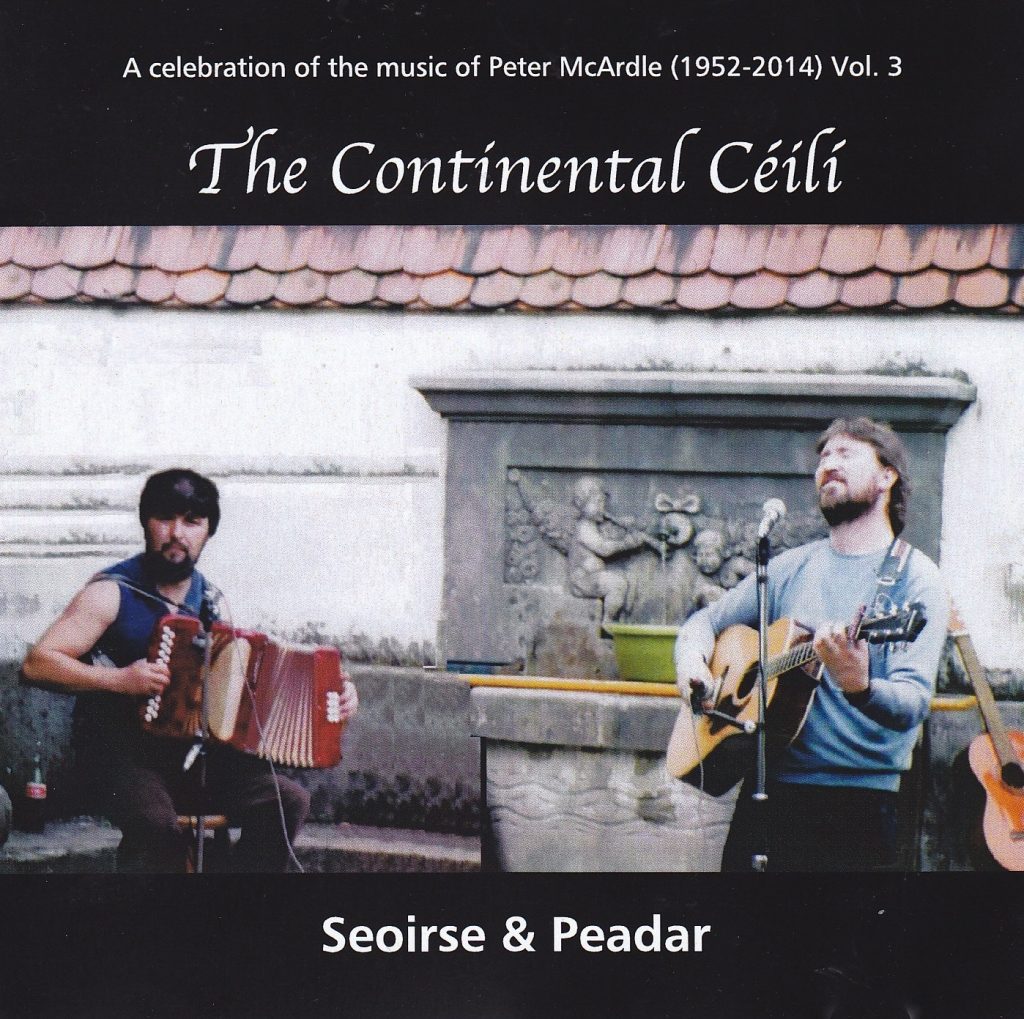 This aptly-named collection is a live recording from the last gig Peadar and I did in Co. Donegal, August 1989.  It was in the tavern of Frenchwoman, Dominique Grasset, in Dunkineely, and I remember well the clientele: Peter and Lynn Petrie from Detroit (at that time living in Mountcharles); a few local girls out for the night; a group of eager American students on their way to, or from, the Irish language school at Oideas Gael in Glencolmbkille. The atmosphere was like that of a folk-club, such was the reverence for the music – to say nothing of the warm response and the clapping and whooping. The American students told me afterwards that they had been in some really dire session before they dropped into Dominique’s for a quick bar meal and were amazed at the quality of Peadar’s playing and decided to stay. One of them, a musician himself, said that Peadar played like a true champion when he performed straight traditional tunes (a champion he certainly was), but he thought that he was magnificent when he “broke all the rules”. He re-christened him “The Jimmy Hendrix of the button accordion”.

Peadar never rehearsed. It was impossible to sit him down with a new idea or a new tune and get him to practise it. On our way to the gig I told him that I had a special tune for him to play as a link-piece for the song “Go, Move, Shift”. I hummed it. He just puffed on his cigar and said nothing. As we were setting up the PA for the evening, I hummed it again and said “D minor – is that key okay?” Then the gig started and without mentioning the tune he launched straight into it when the song came up on the set-list. As it progressed, he embellished it. He also listened to my guitar riff and imitated that too. We had never done that song before as a duo. It was so spontaneous. Peadar’s musicality was supreme.

Keys are always a problem with box-players when they perform with singers like me who prefer the keys of F-sharp, E-flat and B-flat to the standard keys of D, G and A. On one occasion I forgot to put my capo on for a song that was meant to be in D and Peadar came in, as usual, with his blistering reel in between each verse. It sounded great. Afterwards he said: “That one threw me! I had to play that reel in C …and do entirely new fingering…and remember to put in all the ornaments.” “Sorry!” I said, “but it sounded fine to me.” He said “Try standing on your head, drink a pint o’ Guinness and play the Mason’s Apron at the same time!” “Well, you just did it, Peadar!” We laughed our heads off.

I have such warm memories of that evening. And every time I listen to this recording I’m back there in Dominique’s with him by my side. I can even smell his cigar!  Seoirse