Ó Dochartaigh was commissioned in 1999 to work on themes from the nature poetry of the Scottish bard, Somhairle Mac Gill-Eain and to contrast these with lines from traditional Gàidhlig songs. The exhibition was called “Ìomhaighean nan Eilean” (Island Images) and was opened at the Portree Arts Centre on Skye. It went to Inverness later the same year.  All the paintings were done in a little apartment in Hagen in Germany in a makeshift studio consisting of a large board over a double bed! Two large suitcases were purchased to carry the 23 paintings which were then brought as luggage on planes from Dusseldorf to Brussels to Glasgow and then by road to Skye! 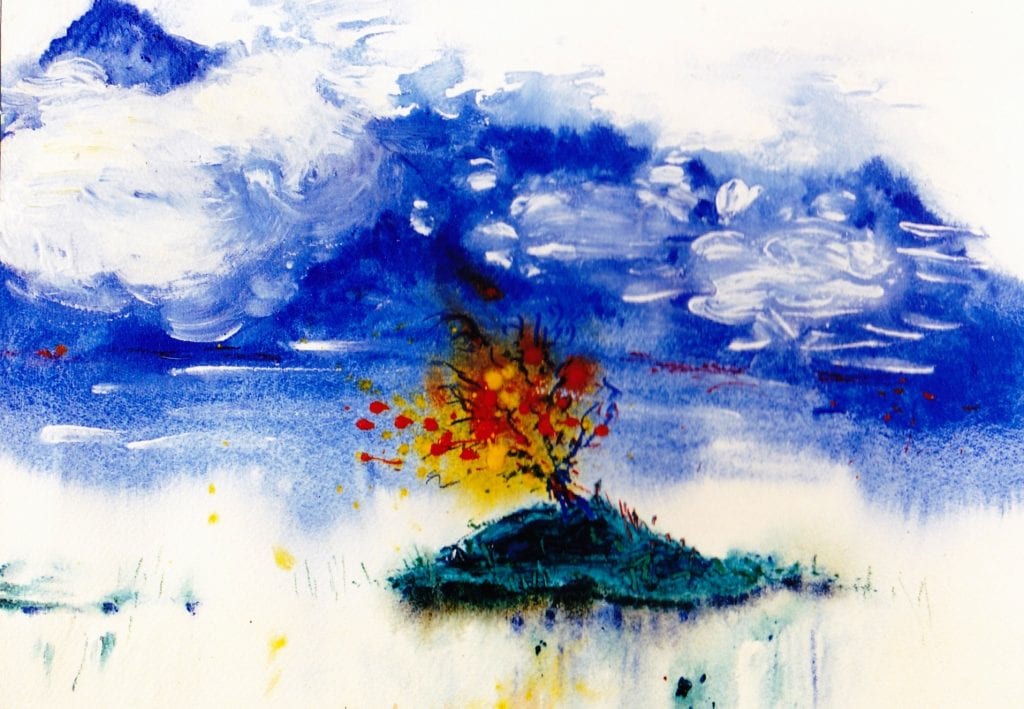 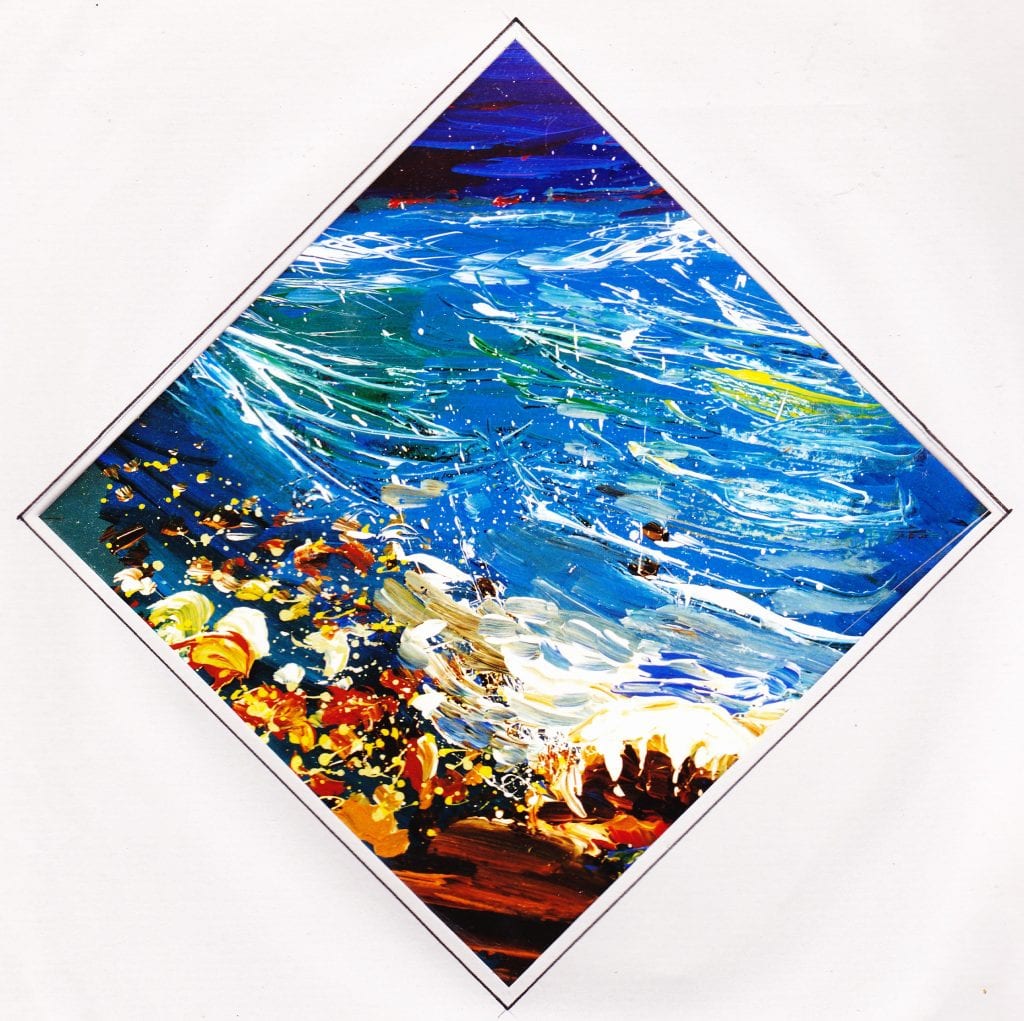 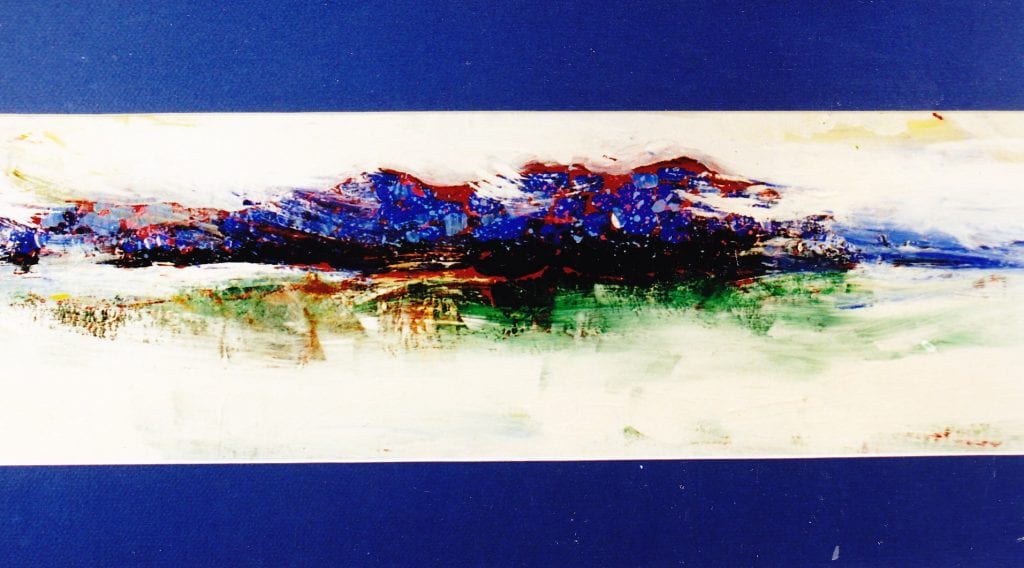 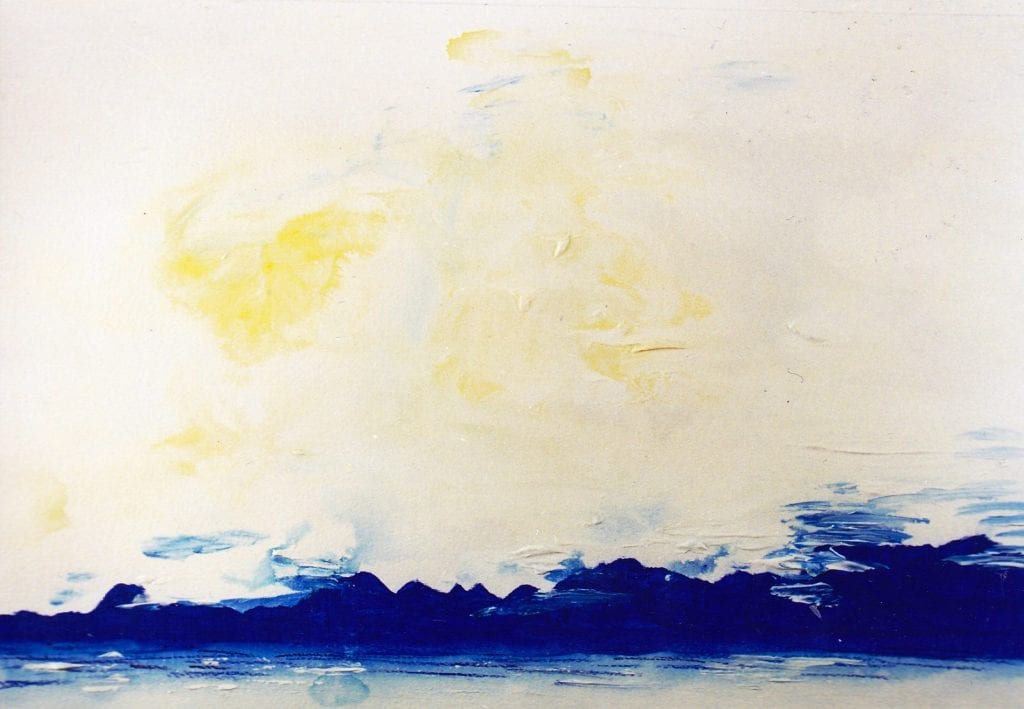 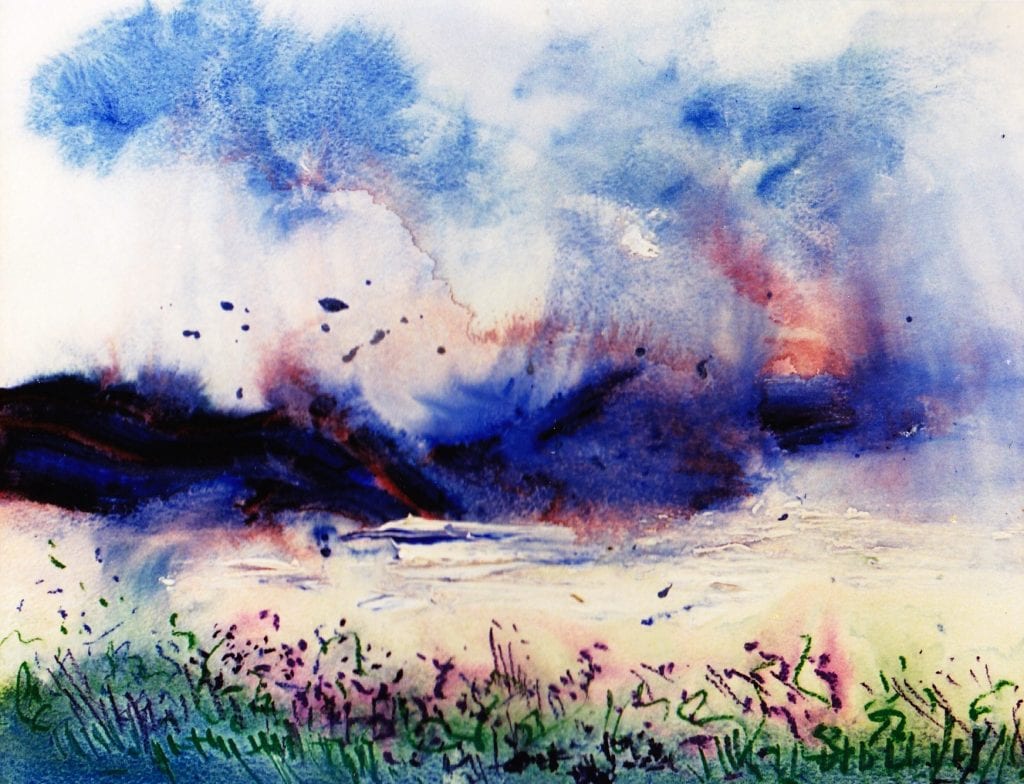 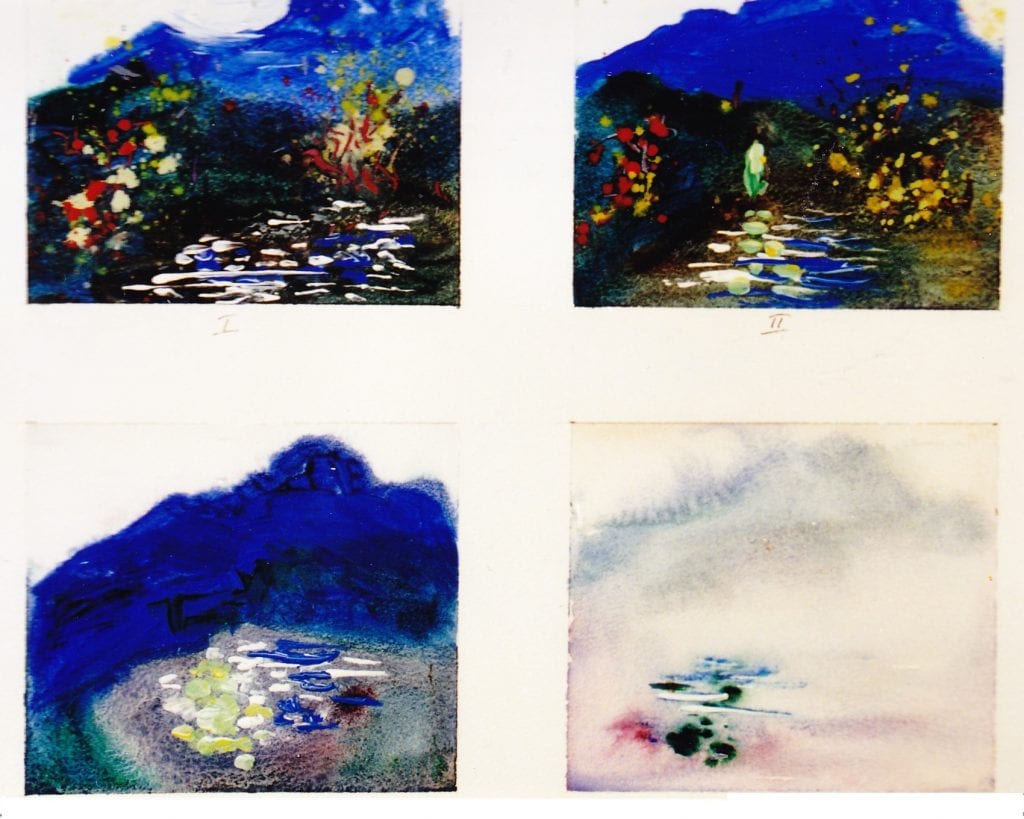 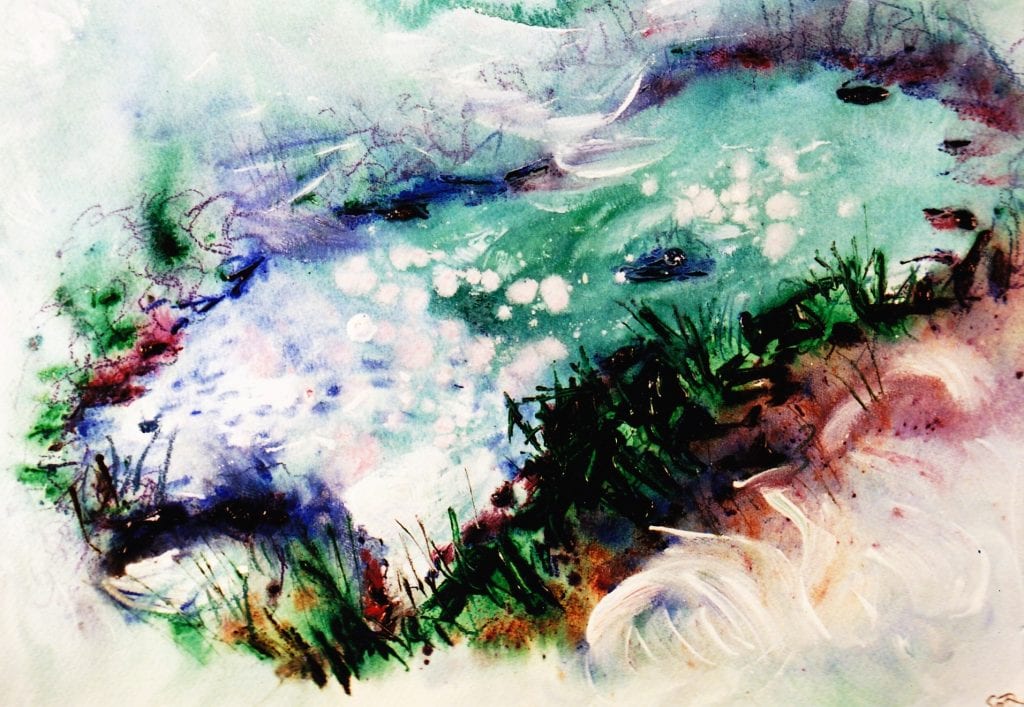 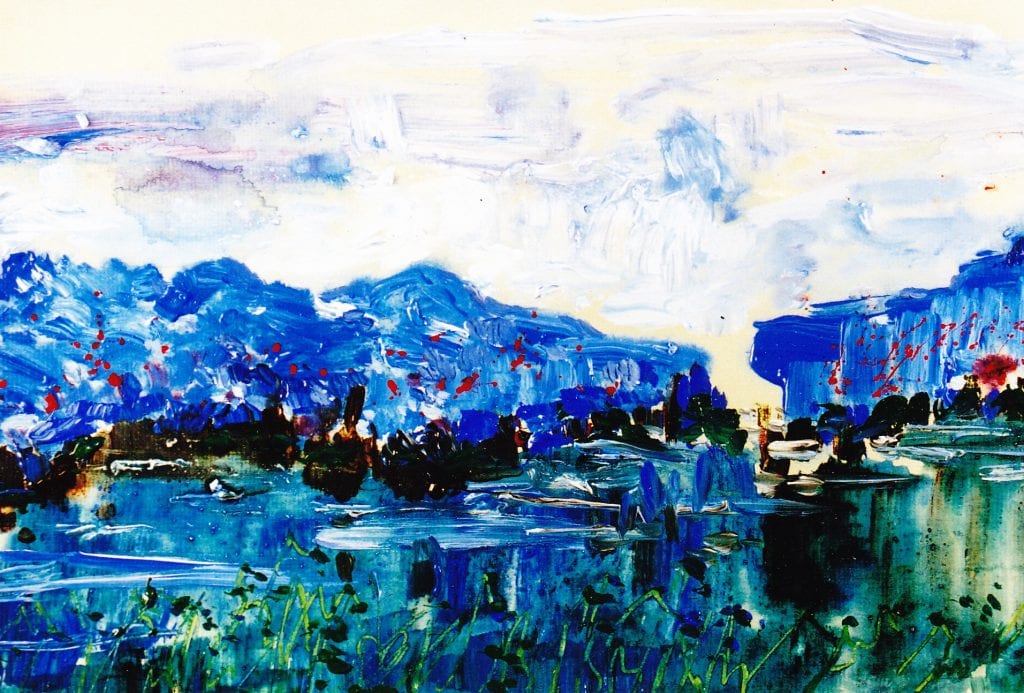 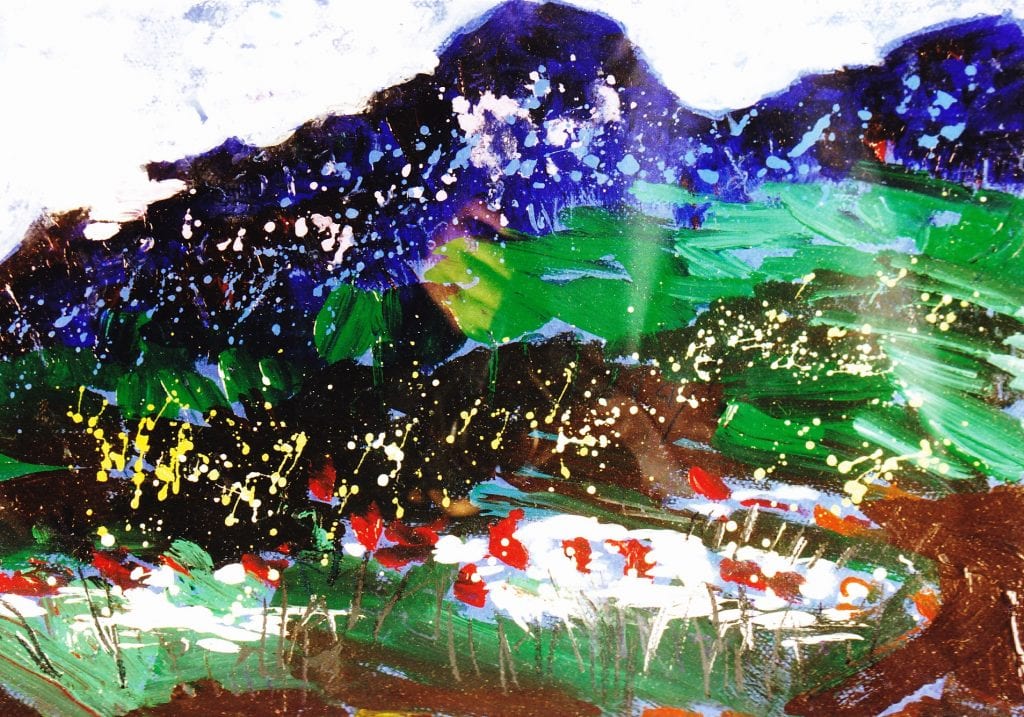 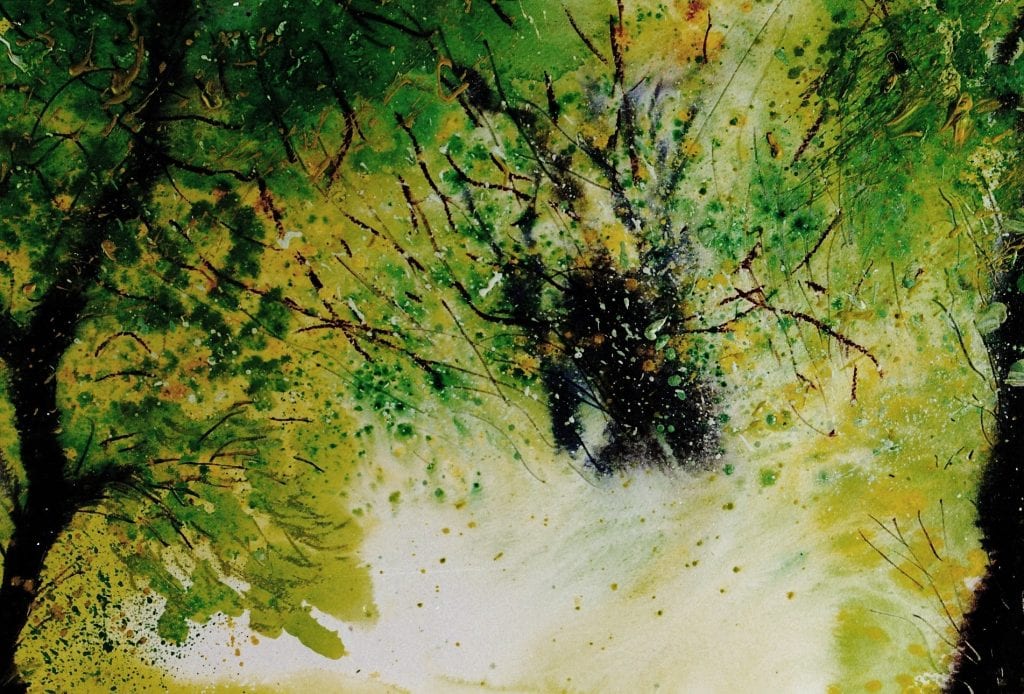